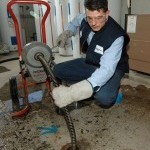 Something really great is happening to the Sunshine Coast in Australia; Rheem Australia has once again started a new wave of grants for up and coming plumbers in Australia which will give $1000 dollar grants to 25 different apprentices who show that they have potential. Rheem first started this program to assist apprentice plumbers such as those along the Sunshine Coast in 2012 and since then they have helped over 125 different plumbers achieve their dreams. Apprentices from Caloundra to Maleny to Noosa.

The CEO of Rheem Australia is Matt Sexton and he tells that the grants are aimed at helping new plumbers in order to complete the training required to become a licensed plumber. This year he said they are looking for the best and the brightest with lots of motivation; they’re looking for people who really want to help and make a difference. Some of these grants are being awarded to very deserving apprentice plumbers along the sunshine coast who have faced difficult circumstances over the past years but have still persisted on their path.

These deserving people are ones like a man who spends most of his time volunteering in third world countries. Another one of these people is young person who had to travel over 60 kilometers every single day to and from work after the roads in his town had been destroyed. There was also a single mother of three who was awarded the grant after she started and all female plumbing business aimed at empowering women. There is even a deaf person who is not letting his disability get in the way of his dreams. These are the kind of people who get this grant, those who want to make a difference and help the less fortunate.

One young special man named Christopher Pierce from Hillside, Victoria was given the grant because his goal was to go work in Antarctica. He is still working towards his goals and he is so dedicated that he has worked in the mines of Australia and even abroad in Canada. This special young man was given the award in 2012 and he says that it really helped him stay on track financially.

The best part about this grant is that there absolutely no restrictions or conditions placed on it; it can be used at any time for anything. Some have used it for fuel and food, some for their education, some have used it to buy new tools and some have even used it to create new tools used for plumbing. The grant really does let people do some really amazing things.

The application process is open for approximately 2 months, lasting from the first of August to September 30th, so make sure to apply during this time.
There is one condition and that is that previous recipients of the grant cannot get it again. However someone can nominate themselves or be nominated by someone else without them even knowing it; The Rheem Australia Apprentice grant has been helping apprentice plumbers along the Sunshine Coast since 2012.

The hot water heater is a device that [...]
END_OF_DOCUMENT_TOKEN_TO_BE_REPLACED

Long droughts are nothing new to the [...]
END_OF_DOCUMENT_TOKEN_TO_BE_REPLACED