Australia has become famous for its world class surfing spots, among other things, but it’s not everyone who want to use their boards to ride massive waves. Standup paddle boarding (SUP) appeals to those who prefer a more tranquil board experience, and the 2017 Super SUP Weekend this coming March is sure to attract a large number of SUP, both standing and prone, enthusiasts. This event will kick off the 26th annual Laguna Real Estate Noosa Festival of Surfing, which will see boards of all kinds hit the water, and which will be supported by local businesses that includes many Noosa plumbers Sunshine Coast.

While the SUP form of boarding is a lot less frenzied than riding the big waves, it is still an activity that requires strength and conditioning. The Super SUP Weekend will have a number of different races and activities on display, with distances and experience levels to suit just about everyone who enjoys getting on their board. All told, there will be 25 different division split across 4 different disciplines, with the courses running anywhere from 6 kilometers to a much more grueling 16 kilometers. 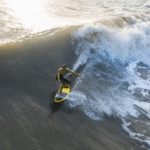 It’s a lot to manage for the organisers, but their efforts have certainly been helped by the local council, as they have granted use of the Noosa River, Noosaville for the 2-day event. He commitment of support from Noosa plumbers, as well as other businesses and industries in the region, have helped ease some of the stress and hard work that goes into putting together an event of this size. This is especially true for the 2017 version of the event, as it is believed that the number of entries for the events will surpass anything ever seen in the past.

This level of growth, as well as the introduction of the Webscorer system, is helping put this event on the map. The Super SUP Weekend is now considered to be part of the big five SUP events in Australia, which means that the numbers posted this year in terms of events and entries is probably only going to be eclipsed in the coming years. The SUP circuit in Australia is growing, and the organisers are looking to make the Noosa event one that every boarder in the country will have circled on their calendar. With everyone in Noosa going out of their way to welcome in the many visitors that are sure to descend on the city, it’s likely that word will indeed get out quickly.

Events like this on can only succeed if they have the backing of the community, and that is certainly what has happened in Noosa. Having so many people descend on the city for a couple of days means money in the coffers for the small businesses that reside there. This is why so many of them are so willing to chip in and lend their support in any way they can. Having Noosa put on the map with such a prestigious event is something that benefits everyone involved.

Jill was shocked when she got her water bill of [...]
END_OF_DOCUMENT_TOKEN_TO_BE_REPLACED

Noosa Plumber New Homes If you live in the [...]
END_OF_DOCUMENT_TOKEN_TO_BE_REPLACED