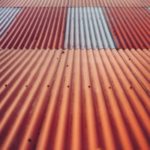 There is a little bit of a battle brewing in Queensland over who should have the sole right to metal roof installation in that part of Australia. Noosa plumbers are hoping that a proposed licensing reform will pass as it will mean that they will be the only ones able to install metal roofs in the state. Plumbers in Noosa are of the belief that there are serious safety issues arising due to the current state of affairs, but builders disagree, claiming that making this change will do nothing other than drive up prices and create longer wait times and job backlogs.

The reform that is being discussed would be similar to the current situation in Victoria. In that state, anyone who installs a metal roof must have completed a plumbing apprenticeship. This is what the Queensland Building Plan hopes to introduce in their state, an all in the name of safety. If the proposal were to pass, it would mean that existing licensed roofers would not be able to take on this type of work, while non-licensed workers would need to gain qualification in order to be considered eligible for metal roof installation in Noosa, Peregian, Nambour, Ninderry, and all other parts of Queensland. 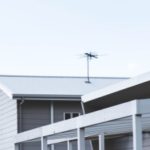 According to Plumbers Union state secretary Gary O’Halloran, the need for reform is necessary in order to improve work quality and public safety. He believes that these problems arise from companies hiring unskilled workers in order to keep rates low enough to be competitive with other builders. O’Halloran believes that the new model would not hurt existing roofers too badly, as it would leave open a timeline that would allow for worked to get the plumbing qualifications that would be required to work on metal roof installation jobs.

As is always the case, there are two sides to every story, and Master Builders Association deputy chief executive Paul Bidwell believes that the changes being proposed are unnecessary. He is of the belief that the changes would mean that the cost associated with getting the job done would rise, and that the consumer would have to wait much longer for installation, neither of which is a situation that he believes works in the favor of the client. It is also his belief that certain regions, most notably outside southeast Queensland, would be the most negatively affected by any changes.

According to the Housing Industry Association of Queensland, roughly 20,000 metal roofs are installed each year in the state, but only a small percentage of those are done by licensed Noosa plumbers. This raises genuine concerns, as it brings into doubt the qualifications of the people doing the work. Plumbers and electricians are required to meet certain standards, none of which need to be adhered to by roofers. While plumbers may seem like a strange choice for a roofing job, but they are actually taught roofing competency during their apprenticeship. This is not to say that there aren’t qualified roofers out there doing good work, but the general consensus is that stricter standards for metal roofing installation need to be put in place.

Jill was shocked when she got her water bill of [...]
END_OF_DOCUMENT_TOKEN_TO_BE_REPLACED

Noosa Plumber New Homes If you live in the [...]
END_OF_DOCUMENT_TOKEN_TO_BE_REPLACED