Be wary of illegal plumbing connections 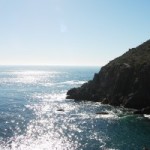 Unitywater have been experiencing some real issues that they suspected were down to defects across their network in the Sunshine Coast and surrounding area. In order to get to the bottom of what was causing these issues, Unitywater used a smoke test to see if there was a problem with the underground pipes. What they found was nothing short of amazing, with no less than 2744 defects found during the testing. The vast majority of those were the result of illegal plumbing connections, all of which put a heavy amount of stress on the sewerage network.

The Sunshine Coast gets a lot of rain, and the network gets hit especially hard during those periods. In order to deliver a better level of service to their customers, Unitywater notified the customers who were found to have plumbing that falls on the illegal side of things. By all accounts, most of those customers have called in plumbers Sunshine Coast to resolve the problems, but there are still some out there who don’t seem willing to play ball. A spokesperson for Unitwater has made it clear that the possibility of sewerage overflow remained a possibility for as long as the issues remained unrepaired. Plumbing in the newer suburbs including Palmview will be monitored closely.

Most customers are unaware that the sewerage and storm-water networks were in fact separate, and that keeping them that way was just one of the things that Unitywater does. The job of doing so becomes all the more difficult when undue stress is placed on either of those networks. This is exactly what happened when Tropical Cyclone Marcia rolled through and caused stormwater to seep into the sewerage network. This is where overflows become a real possibility, but that likelihood would be greatly reduced if all of the outstanding defects were taken care of.

While some people are less than pleased about the crackdown, the fact of the matter is that Unitywater did it in order to provide a better, more affordable service for their customers. The smoke test that they performed is not a major financial investment, and is a much more affordable option than building new pipes, pumps, and treatments plant. If they chose to go that route instead, customers would be complaining about an increase in their monthly bill as opposed to having to call out a plumber Sunshine Coast to take care of what is a pretty simple fix.

Rather than trying to save some money and do a little plumbing DIY, you would be much better off calling out a professional to take care of the issue. Unitywater seems committed to making sure that their network is in good shape, which means that any less than professional plumbing work you get done is likely to get discovered. One way or another, you are going to end up having to pay to get the repair done correctly. Chances are it will end up costing you more at a later date, so you might as well call a plumber Sunshine Coast the moment you know there is an issue that needs addressed. Your wallet and monthly bill will thank you for it.

The hot water heater is a device that [...]
END_OF_DOCUMENT_TOKEN_TO_BE_REPLACED