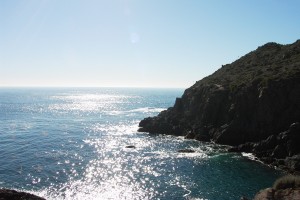 There are a lot of great reasons to visit the Sunshine Coast, not to mention countless more great reasons to settle down and live there. Each of the communities that makes up this picturesque part of Australia are thriving communities where everyone is committed to making them a great place to live. It’s not just the residents who want to better their community, it’s also the businesses that operate there, too. A local Noosa plumber is as committed to making the Sunshine Coast, Queenaland a great home as someone who has a beachfront property. It’s all about working together to make Noosa and all the other towns and cities that make up the Sunshine Coast a great place for residents and visitors alike.

The Noosa National Surf Reserve committee is also in on that action, as they have been actively pushing to get the beach at Noosa listed among the surf beach elite since 2009. Things really started to gather steam in 2013, which was when it was obvious that everyone – the committee and the community – was on board with getting Noosa onto the World Surf Reserve listings. It has been a lot of work by a lot of dedicated people, but Noosa is finally getting the credit it deserves.

The beaches at Noose actually ended up getting even greater acclaim than was initially hopes for, and it was revealed that Tony Wellington, the mayor of Noosa, played a major role in what eventually went down. The recently revealed news is that Noosa is now a member of the International Surfing Reserve, which puts them in some pretty esteemed company, alongside the likes of Malibu in California. All told, only 10 surfing locations are part of that group, so it really is a huge honour for Noosa.

Members of the ISR paid visits to Noosa during two different surf festivals in Noosa, which allowed them to see just how stunning this part of the world is, and how it has become a Mecca for surfers from all over the world. Credit also needs to be give to the Noosa Parks Association, as they have worked hard to ensure that the Noosa coastline stays untouched and free from development. As long as it stays that way, surfers will continue to make Noosa a top destination.

What all of this means is that Noosa, and the Sunshine Coast in general, is going to become an even bigger attraction than before. You can bet that the community will accept the challenge of hosting more visitors and permanent residents quite readily, and everyone will go to work to make sure that the high standard and quality of life that this region delivers are upheld. Noosa plumbers will continue to make sure that businesses and residences stay as free from plumbing problems as possible, and will also help with the impending growth and need for new infrastructure.

Jill was shocked when she got her water bill of [...]
END_OF_DOCUMENT_TOKEN_TO_BE_REPLACED

Noosa Plumber New Homes If you live in the [...]
END_OF_DOCUMENT_TOKEN_TO_BE_REPLACED