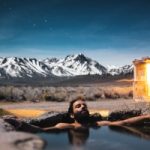 In almost every case, governments across the world do all that they can to embrace rules changes that will help make the world a more environmentally safe place. It’s not very often that changes are made that would have a negative impact on the eco-friendly market, but that is exactly what recently happened when Standards Australia delivered a ruling that is going to have a far reaching effect on a number of different industries, but it is the solar water heating industry that is going to be hit the hardest by the new regulations.

The ruling states that any house that now has solar plumbing panels installed has to have them facing north, which is not exactly going to help boost sales in an industry that is already lagging. There are a couple of problems with this new ruling, with the most obvious being that not every home is going to have a north facing roof. There is also the issue of potential solar panel customers not wanting panels to be visible on that side. People within the industry are stunned at the new regulations, and they simply cannot understand why they are even necessary.

A member of the Australian Solar Council spoke about this issue and explained that roughly one-third of the potential new customers do not have houses that would fit this regulation. When you remove that many people from the mix, you begin to get an idea of just how devastating this could all be for the solar industry, not to mention for the plumbers who work on the solar water heaters. With solar PV prices dropping, the solar hot water industry is already struggling to keep pace, and is seeing their number of customers drop at an alarming rate. The belief is that this new regulation will further compound the problem.

The solar hot water industry was at its strongest back in 2010 when the small-scale renewable energy certificate systems were available, with the number of customers coming in at about 200,000 per year. That number has now dwindled down to about 50,000 per year, and will probably continue to drop if there is not a turnaround in this regulation. The solar hot water heating industry is not necessarily looking to have the new regulation totally abolished, and would be happy to see the north facing systems seem as a recommendation as opposed to a law.

There are a number of plumbers in Sunrise Beach and beyond who have adjusted their business model to adopt solar hot water heating technology, but with the customer base beginning to drop, many may abandon it altogether and simply head back to working on electric and gas hot water plumbing jobs that were their bread and butter before the new systems came into being. This will also hurt the solar industry, as potential new customers will look at the lack of professional plumbing help available and decide that it is simply best to stick with the tried and true traditional systems.

The hot water heater is a device that [...]
END_OF_DOCUMENT_TOKEN_TO_BE_REPLACED