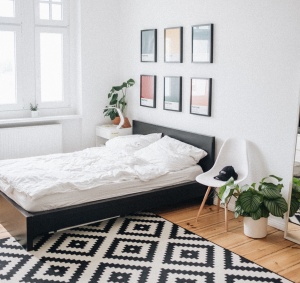 In Noosa on the Sunshine Coast, Australia, many people, retail, plumbers, tradesmen are dependent on the building industry. This includes the buildings, apartments and commercial properties. Recently, there has been a drop in building houses & apartments.

In an interview with Shane Oliver, AMP Capital’s, he told news.com.au that there was a lag of six months between the approval of buildings and the construction, which implies that the slowdown in that growth would be felt soon.

The Statistics of Australian Bureau have clearly shown that the building approvals as at July are down 5.6 per cent and apartments having a bad run being down 6.2 per cent. He further said, pointing Angie Zigomanis view on BIS Economics, he stated that, the worst days for Australia’s buildings and constructions is yet to come.

This decline in approval would likely stretch to next year as it is taking a downswing from this year’s end. There would be a possibility it would stretch within the next twelve months if not properly managed, said Mr. Oliver.

Buildings are important in Noosa, Australia as it would help ascertain to what’s next in the construction field. Not just buildings, but also to apartments, there is a high decline in both. This fall would greatly affect the Australia’s tradies, plumbers, gas fitters and electricians because there would be less work for construction workers and builders.

Despite the high revenue the government spends on infrastructure projects, it is not enough to abate the rising tide. The reason for this isn’t because there is less available funds from the government or those coordinating the projects but because some of the builders lack enough expertise in that field.

They tend to perform the job of a construction worker in infrastructural activities which therefore takes a down turn in the economy. Construction is important in Australia’s economy. This made a lot of people go into the business in the last decade and it made for good business. But the wave of downward slide in this aspect of the economy is worrisome.

If allowed to continue, there would be a loss in jobs and, the economy of Australia would slide. Industries would feel this fall immediately because there would be a huge decline in buildings and constructions. For other aspects, they would begin to have a feel of it bit by bit.

Jill was shocked when she got her water bill of [...]
END_OF_DOCUMENT_TOKEN_TO_BE_REPLACED

Noosa Plumber New Homes If you live in the [...]
END_OF_DOCUMENT_TOKEN_TO_BE_REPLACED